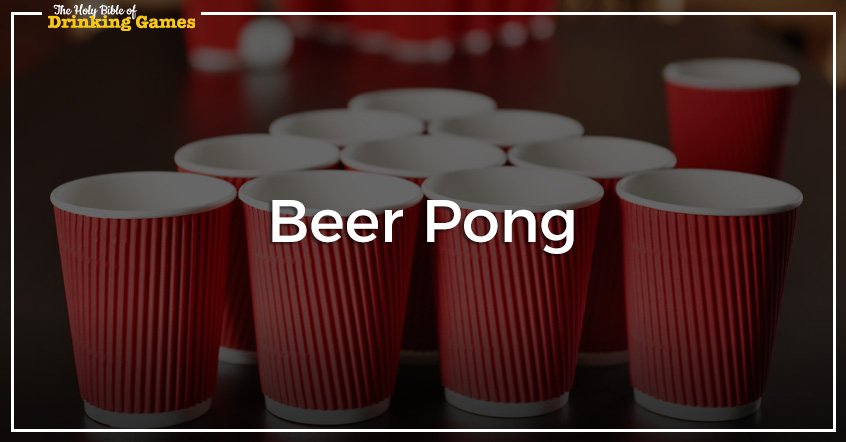 Beer Pong was submitted by The God of Games.

Who doesn’t know Beer Pong!? The Beer Pong Drinking Game is a classic!

Do I really need to explain this game?

No… If you don’t know what Beer Pong is you are a lousy mortal and not worth the God of Game’s time. Go play the Figgin Drinking Game instead!

Set up a triangle of cups each containing some sort of alcohol in them at each end of the table.

A player on each end tries to throw a ping pong ball into the cups of the opposing player. If the ball lands in a cup, the player who owns that cup must drink.

If you want to play in teams just alternate throwing the ping pong ball and if the ball lands in one of your cups then the person who threw the ball last must drink the cup.

Enjoy this game guys and gals!