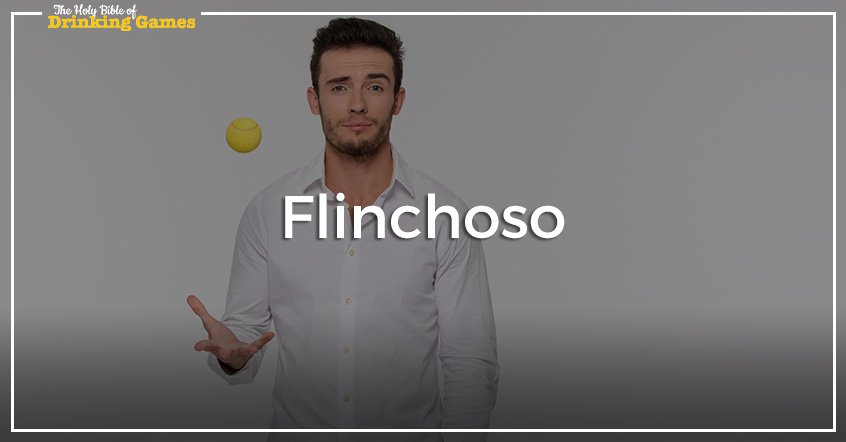 Flinchoso Drinking Game was submitted by the God of Games… Inspired by a game created by comedian Russell Howard.

Overview of the Flinchoso Drinking Game:

After watching an episode of 8 Out of 10 Cats Does Countdown where Russell Howard talks about this game… It had to be turned into a drinking game. It’s hilarious when you’re playing it but can also be a little painful if you use something a little heavier as the ball.

Each player will take turns throwing the ball at the other person. To decide who goes first, play one round of rock, paper scissors, or flip a coin.

Once the drink limit is reached, the loser has to do a forfeit created by the winner. Or you can decide what the forfeit is together before the round begins.

The Rules In Bite Sized Chunks: