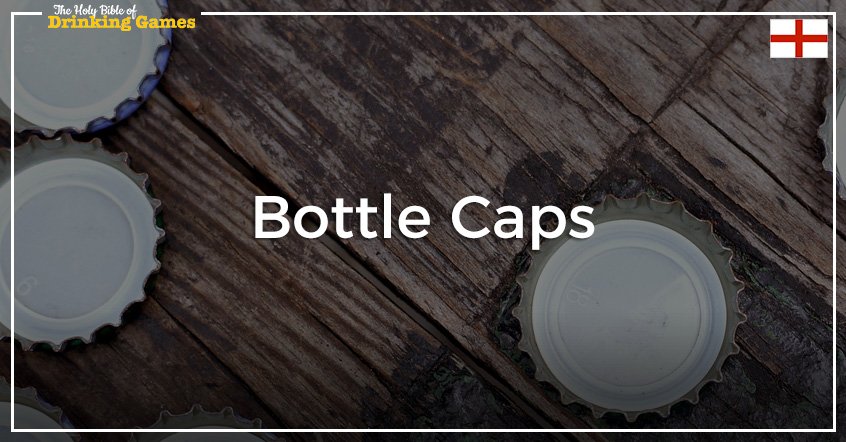 The Bottle Caps drinking game is a fantastically simple game submitted by Hannah and was a lot of fun to play! All you need is a positive attitude, be able to flick two bottle caps, be open to adding crazy rules to the game and of course, plenty of alcohol.

If you’re looking for a simple pre-drinking game or a game that could have you drinking fairly quickly with a smaller group then look no further. Just make sure you have a few good/fun rules you can add to the game stored in your brain ready to bust out when the time comes.

If you break any rules at any point you have to drink as well so do try and remember all the rules! 😀

At the bottom of this post are some example rules you can use in your game.

– Each player takes it in turns to throw the bottle caps

How The Caps Land

– 2 caps face down = Nominate someone to drink

– If you break a rule you drink

– Rules are cumulative until someone uses their “make a rule” to abolish all rules.

– At the end of every sentence, you have to say “In my pants!”

– Whenever you drink you have to make an animal noise. The person to the player’s right decides the animal.

– Stand up when you drink