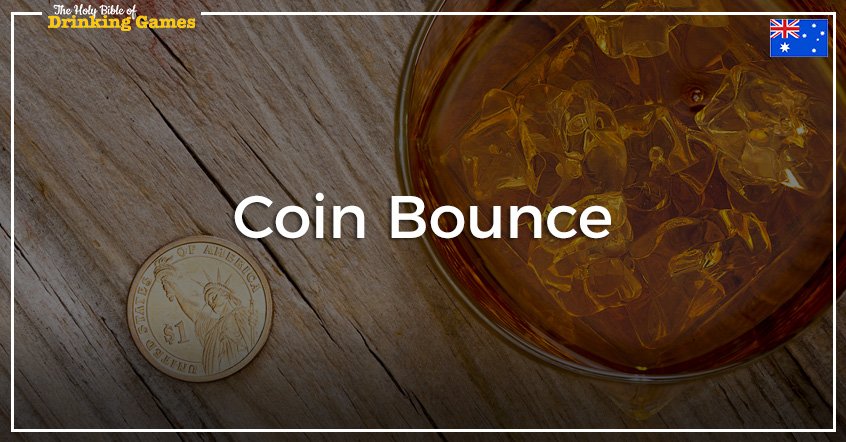 The Coin Bounce drinking game is fun to play because it can be fairly difficult to bounce a coin into a cup. Although, there will always be that one person playing who will get it in the first time every time (HINT: they should be on your team!). This is the perfect game to play when everyone is a little drunk already because the hilarity that ensues watching people SUCK BADLY at bouncing a coin will have people on the floor… ROFL’ing literally!

Make sure you have enough space for this game and try not to mix drinks too much if you can help it… The Drinking Games God will not take responsibility for your inability to keep your drink down or potential hangovers. Although it’s definitely more fun to watch the other teams drink a vile concoction in the central cup, so feel free to ignore the Gods here 😉

Find yourself a drinking partner. You two are now a team for this version of Coin Bounce.

You’ll need a cup each and then an extra cup which needs to be placed in the middle of the table. You need 3-4 fingers of your drink in your cup and a mixture of everyone’s drink in the central cup.

All teams should be in a circle around the table with one coin per team.

Make sure the central cup is of a vile concoction… Just to make your victory more enjoyable! 🙂