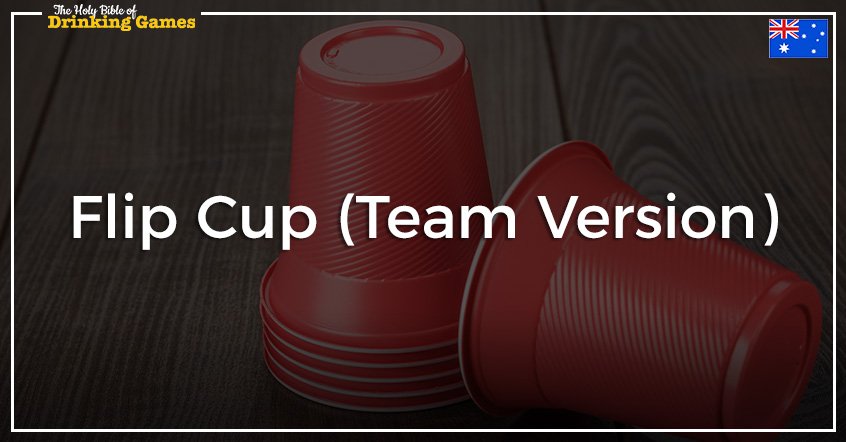 A very competitive game so expect a lot of noise to be made. This is a brilliant game to play with old friends or new… So long as they can actually flip a cup. Make sure everyone is clear whether you’re going to be using individual cups or one cup for the whole team… This caused some issues in Australia.

Enjoy flipping away. Let’s see who can tie with the God of Games and are able to flip their cup perfectly with only one try.

Line up in two rows preferably on opposite sides of a table. You’ll need one cup for each team and it needs to be a cup that can easily be flipped. Everyone will also need their own drink too.

Starting at one of the tables, the first person on each team puts about a mouthful of drink into the cup, cheers each other, drink the contents of their cup the right way up on the edge of the table and try to flip it the upside down.

The player keeps on trying to flip the cup until they’re successful. Once they’re successful the cup moves down to the next team mate where they’ll then add a mouthful of their drink to the cup, drink it and then also try flipping the cup.

Once everyone on the team has drunk and flipped the cup successfully, that team wins. If there is an uneven team, the team with one less player will have to have someone go twice.

The winning team gets to make up a forfeit for the other team. This can be anything from:

You get the point. Be as weird and creative as possible!