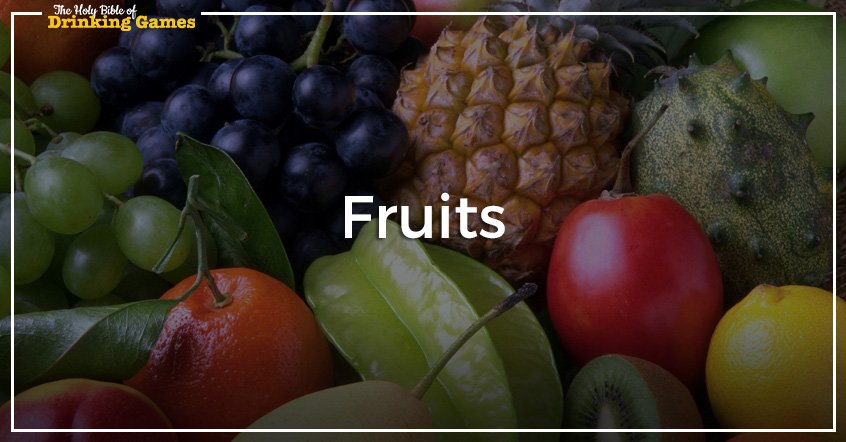 Fruits Drinking Game was submitted by The God of Games.

OVERVIEW of the Fruits Drinking Game:

An amazing game the God of Games learned on a small island in Fiji… Where the Fruits drinking game was made infamous by “Cherry” who aided in drinking the resort bar dry.

If you’re looking for a game to play with a group of people who are already a little tipsy, look no further. Think of this as the drinking game version of “Chubby Bunny” without the need of Marshmallows.

But with alcohol and even more hilarity!

You are no longer allowed to call anyone by their names. Everyone has to decide a fruit to be their new name.

The most important part is… No one at any point is allowed to show their teeth.

If anyone shows their teeth, not just when saying their fruit but at ANY point, they must drink and they start the new round.

– Everyone picks a fruit to be their new name.

– AT NO POINT is anybody allowed to show their teeth.

– If anybody shows their teeth they drink and start the new round.