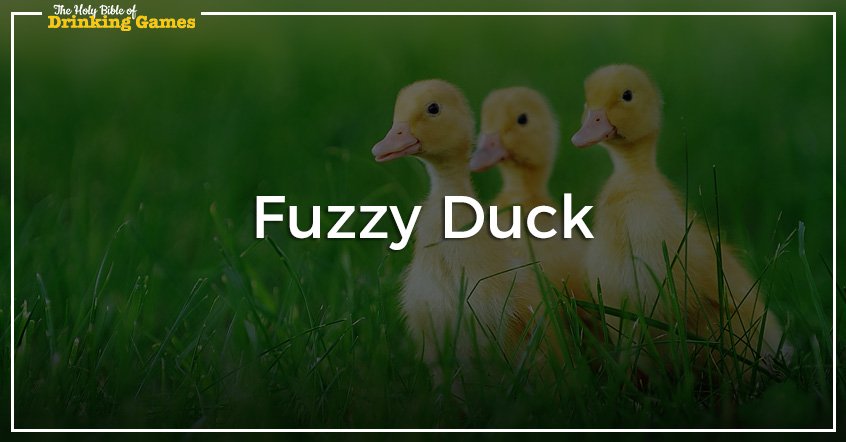 Fuzzy Duck drinking game was added by The God of Games.

A FANTASTIC game to play with people whose English is their second or third language… It’s almost bullying! Everyone finds the game hilarious when someone messes up and it becomes a common occurrence the drunker people get too.

The God of Games will always think of Ella from the island of Nauru when it comes to this game… A memorable night in Fiji for sure!

Everyone should be sitting in a circle on the floor or around a table. Whoever is starting picks a direction and says “Fuzzy Fuck”

Continue going in the same direction with each person saying “Fuzzy Fuck” Someone can instead say “Does He?” and if they do the direction changes
and now people have to say “Ducky Fuzz”

Eventually, someone will say “Fuck He Does” or “Does He Fuck” and when someone does say this or make any other mistake they have to drink and they then start the new round.

There will be big laughs with this game as it’s normally one person that messes up over and over again!

If someone says “Does He?” there must be at least ONE “Fuzzy Duck” or “Ducky Fuzz” before someone else can say “Does He?”