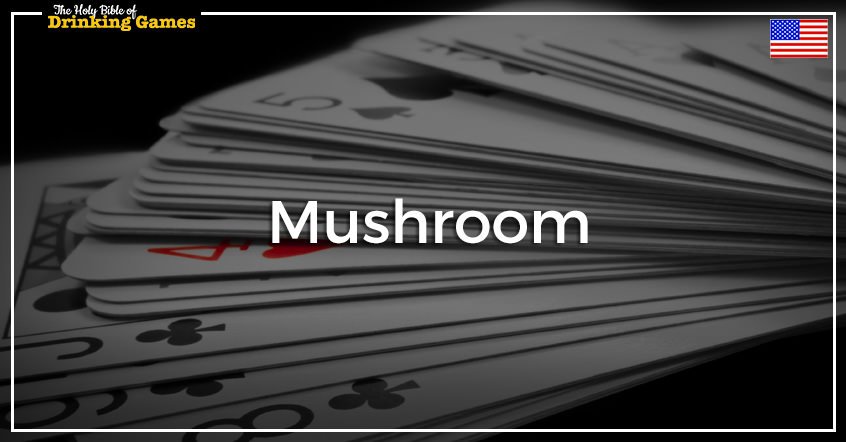 A nice little game that’s EASY to play. The Mushroom Drinking Games is one that requires some good hand-eye coordination when placing cards on top of a glass otherwise you’ll be drinking, which of course the God of Games is hoping happens.

If you want to crank up the difficulty with this game then make sure it’s played late in the evening when people are already very merry… There are going to be a lot more mistakes made which means a lot more drinking. Which is the goal right?

This is also a good game to play if you want to have good conversations with friends. Bust out alcohol that has a vile taste to make mistakes more interesting so the goal isn’t necessarily to get wasted, but to see who bows out first from taking too many shots of Jagermeister. Let’s be honest, that’s a vile drink to shot by itself!

Place a glass in the centre of the table, which should contain either a 2–3 shots of whatever spirit at hand or a bit of everyone’s drink.

If you knock a few of the cards off you take 3 drinks. If you don’t place at least 2 corners of the card off the edge, take 2 drinks and have another turn.

Enjoy! You make want to bring 2 decks of cards for this game…