Never Have I Ever Drinking Game 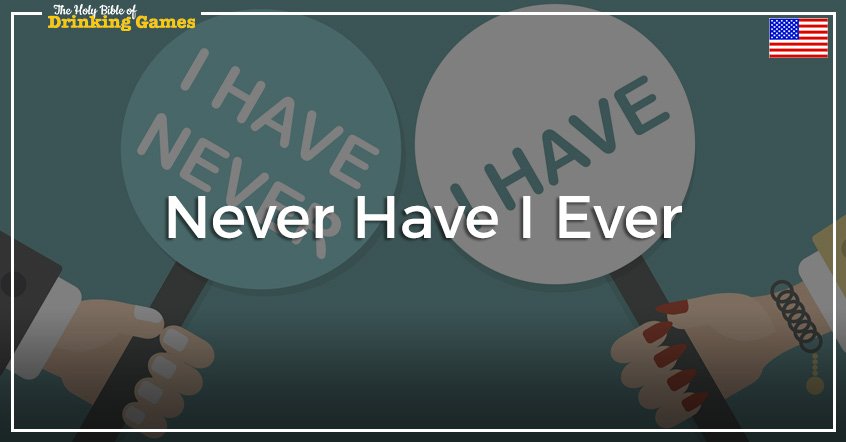 Never Have I Ever Drinking Game was added by Belle from California, USA.

Overview of the Never Have I Ever Drinking Game:

A classic game pretty much everyone has played at some point… It’s even a game inside of Ring of Fire! This is a great game to play with strangers because you’ll get to learn a lot about people… Especially when the questions eventually turn sexual. This isn’t a game for the shy. Probably a game best played when everyone is a little drunk already!

Get ready to learn the dirt on your fellow drinking buddies…

Everyone puts their hand up with finger showing. These are your “lives.” Taking turns you say something you haven’t done but you think other people may have done. You start by saying “Never have I ever…” then whatever your thing is.

This can be anything. Of course the dirtier the better.

If you have done whatever has been said then you put one finger down.

If you’re the first person to put all 5 fingers down then you are at the mercy of the group… They will come up with a forfeit for you to do, which again can be anything.

Each time someone puts a finger down they must drink.

If you say something that no one has done then you lose a life. You put one finger down.

Have fun learning how weird and crazy your drinking buddies are.