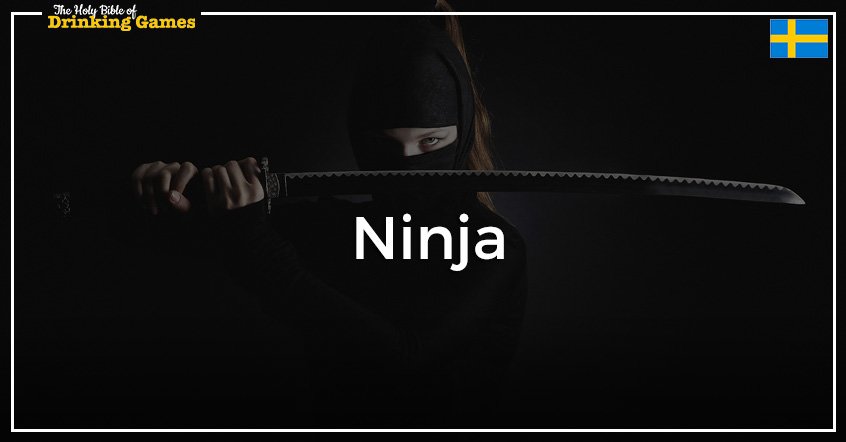 OVERVIEW of the Ninja Drinking Game:

One of the most popular games the God of Games has passed down to the mortals of this world. The Ninja Drinking Game was introduced to the God of Games by the legendary Swede Gustav on a small island in Fiji and was played almost daily. The man shall be remembered.

A great game for large groups as it can be very fast paced which would lead to more mistakes. More mistakes = more drinking.

Don’t be afraid to make noises in this game… The better the noise you make the better chance you’ll have at making people drink. So keep that in mind.

Enjoy this game, and pass it on to your friends. Spread the word of Ninja!

To start the game everyone places their hands in the middle, wiggles their fingers and makes an “oooo” noise as if they were a ninja. Then whoever starts as 3 options. They can either:

Whoever’s turn it is next can do one of the options above. Keep going until someone messes up.

When someone does mess up they have to drink and starts the new round off. Every rounds starts off with everyone’s hands in the middle making the “oooo” ninja noise.

– Everyone starts with their hands in the middle making an “oooo” noise like a ninja!

– To pass it to the next person you chop ether left or right and make a ninja noise at the top of their voice.

– If you do mess up, you drink and start the round again with hands in the middle making an “oooo” noise.

– If anyone makes an awesome ninja noise… EVERYONE DRINKS!

– The faster the better when chopping around.