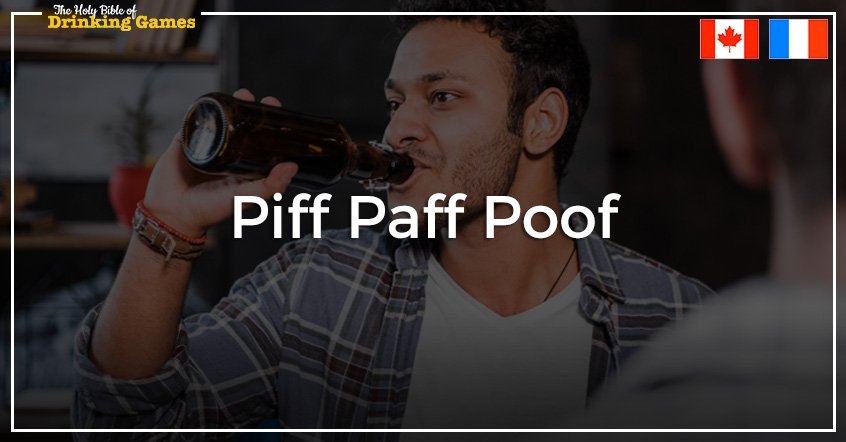 One of the world’s simplest drinking games… But it’s easy to mess up! The God of Games loves to play this games with groups of 4-8 people and loves to play this when people are already a little drunk. If you turn out to be bad at this game then expect to drink A LOT.

If you want to make it harder, change the words to something harder to say quickly. Enjoy!

This game is ideal for 4-6 people. Any more and it’s too easy. This is also a great game when everyone is already a little drink.

Whoever says “Poof” points at someone AS THEY SAY “Poof.” There cannot be a delay, it has to be simultaneous.

Keep going until someone messes up. You mess up if you say the wrong word, don’t say the word quick enough, don’t point on “poof” or if you point on anything other than “poof.”

Whoever messes up drinks and starts the new round.

You Drink If You:

The faster you go round saying the words the more challenging the games become and the sooner someone messes up.