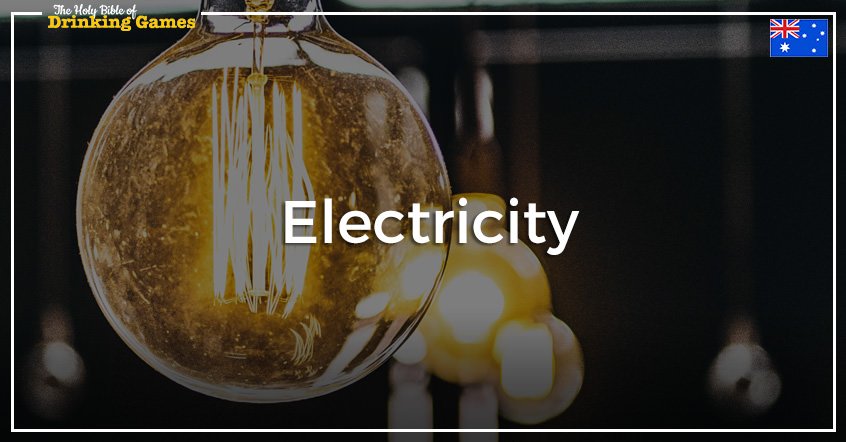 Electricity Drinking Game was submitted by someone random at the Woodduck Hostel, Cairns, Australia.

OVERVIEW of the Electricity Drinking Game:

WARNING: THIS GAME CAN USE UP A LOT OF ALCOHOL

Make sure you have plenty of alcohol for this game and ideally you’ll want at least 6 people otherwise you’re drinking A LOT.

Spread out a deck of cards, face down, in this middle of the group. Going clockwise, the player picks one card and turns it face up. That is not their card.

The next person draws a card. If the card is the same colour both players must drink. Each player drinks the value of his or her card in seconds. For example, if player 1 draws the 5 of diamonds and player 2 draws the 8 of hearts they both drink, 5 seconds and 8 seconds respectively… You see why you need lots of alcohol for this game now right?

However, this rule does not apply if the opposite coloured card drawn is the same value as the card before it. Now it is the same colour as the previous card and the two players are now linked and their values are doubled. For example, 6 of spades was drawn and then the 6 of hearts. The hearts is now black and both players drink for 12 seconds instead of 6. You keep drinking for 12 seconds overtime a black is drawn.