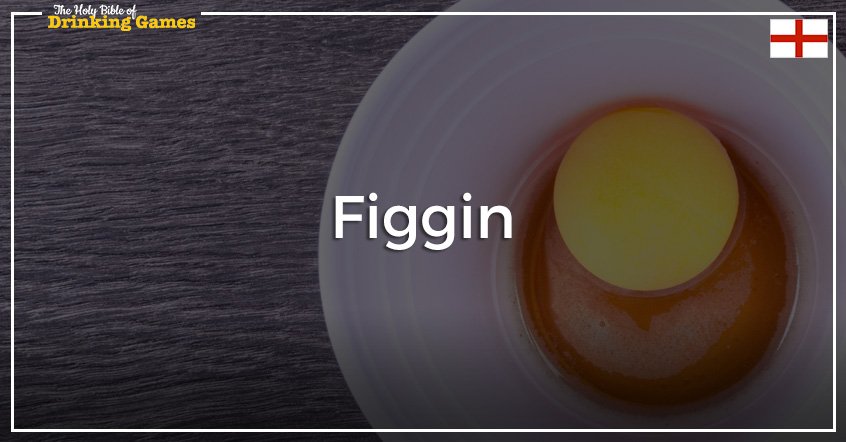 OVERVIEW of the Figgin Drinking Game:

The Figgin Drinking Game is similar to Beer Pong as it requires all the same items to play, however, this game will probably have you drinking more often.

Setting up this game is simple… A cup on top of an upside down cup in the middle with each player’s cup around it. Fill the centre cup up with a bit of everyone’s drink and then put some of your drink in your cup. SIMPLE!

Then comes in the part that’s similar to beer pong… Get your ping pong ball into a cup, preferably not your own or the middle cup, bouncing it off the table.

That’s about it, probably don’t need to read the rest! Enjoy!

In the middle of the table, you need a cup turned upside down with another cup the right way up on top of that. Inside that top cup should be a bit of everyone’s drink.

Around that should be a cup for each player and should contain roughly 2 fingers worth of their own drink.

Taking turns with a ping pong ball, try bouncing it into other peoples cup. If the ball lands in your cup you drink your cup, refill it, then on to the next player to bounce the ball. If the ball lands in the middle cup everyone has to drink their cup, place the cup on the edge of the table and try flipping it upside down.

The last player to flip their cup upside down has to drink the middle cup in one go. Refill all the cups and start again.

– Place two cups in the middle (one on top of the other, the bottom one upside down, the top one the right way up) and the cup is filled with a little of everyone’s drink.

– Everyone places a drink of two fingers of their own drink around the outside of the middle cup in a circle.

– A ping pong ball is used to bounce into cups. If bounced into your cup you drink the contents then refill and replace.

– If the ball lands in the middle cup then everyone downs “their” cup and then start playing flip cup.

– The last person to flip their cup has to down the middle cup.

– Refill all cups and start again!