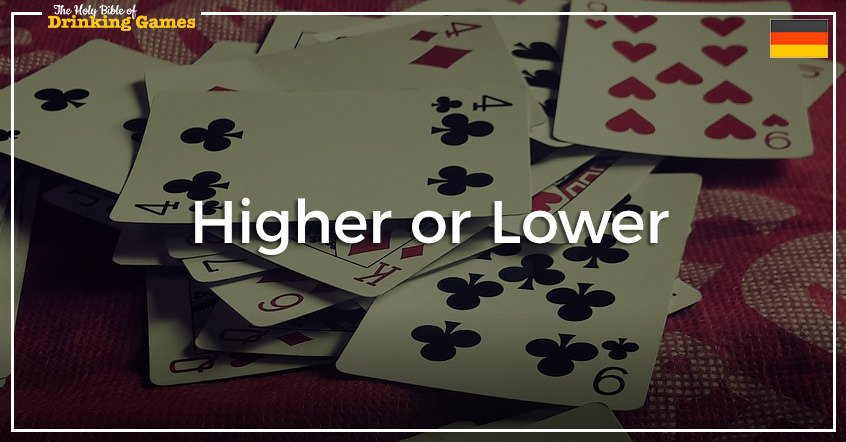 OVERVIEW of the Higher or Lower Drinking Game:

Someone starts with the deck and draws the first card and places it on the table. Then from their left, the first player guesses if the next card is higher or lower than the one on the table.

If guessed wrong then the player guessing has to drink.

Move on to the next player and they have to guess whether the next card is higher or lower.

Keep playing until someone passes out… Or you’ve gone through the deck.