What The Fuck Drinking Game 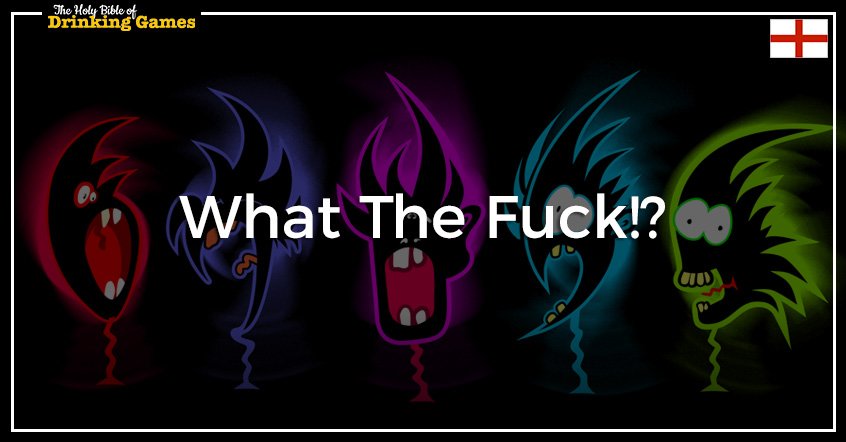 What The Fuck Drinking Game was submitted by Zara, South East London, England.

OVERVIEW of the What The Fuck Drinking Game:

The What The Fuck Drinking Game is similar to the Fruits Drinking Game in the sense that you have to give yourself a new name… Except in this game, there’s a little song you have to sing! A massive thank you to Zara for introducing this game to the God of Games!

Making this a great game to play the drunker people are.

The God of Games recommends you come up with a creative “fuck name” that’ll make people laugh when said. But one you’ll be able to say with a straight face, don’t go screwing yourself over with your name.

Make sure there’s plenty of alcohol at the ready because this game can get messy pretty quick!

Everyone has to come up with their “fuck name”* which is basically any adjective with fuck on the end. For example, you could be: dirty fuck, weird fuck, blonde fuck, great fuck etc.. You get the idea.

Once everyone has their own fuck name you need to try and memorise everyone else’s. Spend only a couple minutes doing this and you can’t remind people during the game. If people forget, they have to drink.

The chant goes like this. You say your fuck name twice, then “can I get a” and then someone else’s fuck name once. For example “dirty fuck, dirty fuck can I get a weird fuck.” To make things harder you can slap and clap faster which makes the chant go faster.

If anyone messes up they drink and start a new round.

– Then all players slap the table to the tune of We Will Rock You by Queen.

– The player who starts the game starts the chant. You start by saying your own “fuck name” then say “what the fuck” followed by “can I get a [another player’s “fuck name”]”. e.g. “Weird fuck, weird fuck, can I get a dirty fuck.”

– If someone messes up, they drink and then start again.